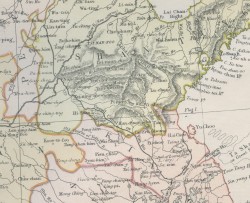 In 1921, a huge famine hit the province of Hunan, one of the most significant agricultural regions of southern China, resulting in serious consequences. At least 54 districts across all parts of Hunan were affected and more than five million locals suffered.[1]Although drought was the most direct cause of the disaster, various other factors, including vector-borne epidemics and military power-struggles among warlords, should also bear inescapable responsibilities. In response to this devastating famine, relief efforts were made by both governmental and non-governmental forces, but these limited relief funds were insufficient to meet the vast needs of victims. END_OF_DOCUMENT_TOKEN_TO_BE_REPLACED