In the autumn of 1910, the press in China began to report that a rare and deadly pneumonic plague had reached Harbin in the extreme Northeast of China, then known as Manchuria.[1] Though confined largely to China’s Northeastern provinces, cases were reported sporadically throughout the empire, in Tianjin, Beijing and along the Beijing-Hankou railway line stretching down into central China, reflecting the scale of the epidemic.[2] It is difficult to attain precise statistics about the death toll of the plague; however reports suggest that between 50,000 and 60,000 people died, with an unprecedented mortality rate of 100 per cent.[3] As a point of comparison, this places the death toll of the Manchurian plague in the same region as that of the more familiar Great Plague of London (1665-66).[4]

The plague is likely to have originated amongst tarbagan marmot hunted for their fur in Manchuria.[5] As the German chemical industry developed new dyes, cheap marmot fur could be manufactured into imitation sable, mink and otter fur.[6] Consequently, the value of marmot fur rose from a ‘few kopecks a skin to a rouble’, causing migrant hunters to flock to Manchuria. These migrants, however, were inexperienced. Whereas local hunters, many of whom were from the region’s Buryat ethnicity, could identify and avoid diseased marmots, the migrant hunters collected unhealthy marmots, infecting themselves with the plague bacilli the diseased animals carried.[7]

The spread of the plague was exacerbated by the bitter cold of the northern winter, which caused the hunters to huddle together in huts, quickly spreading the airborne pneumonic plague. Manchuria’s extensive railway network further aided the rapid transmission of the disease by facilitating the movement of large numbers of migrant workers returning home for the New Year Festival.[8]

From Khailar in October the plague spread to Harbin, where thirteen cases had been reported to be ‘fatal’[9] and by November 8th the city had a death toll of 5,272 deaths. Quarantine and control had been put in place in order to prevent the spread, however by January, Mukden (today’s Shenyang) had over 2,571 deaths,[10] soon spreading south to the capital city, Peking where an additional five cases were found.[11] Thus, the plague quickly spread throughout towns and cities along the railway lines in Manchuria, thriving in areas defined by ‘dense population, high human mobility and poor hygiene conditions’.[12] Subsequently, cities throughout Manchuria experienced high death rates, such as Kuancheng, near Jilin, which reported over 200 deaths per day.[13] 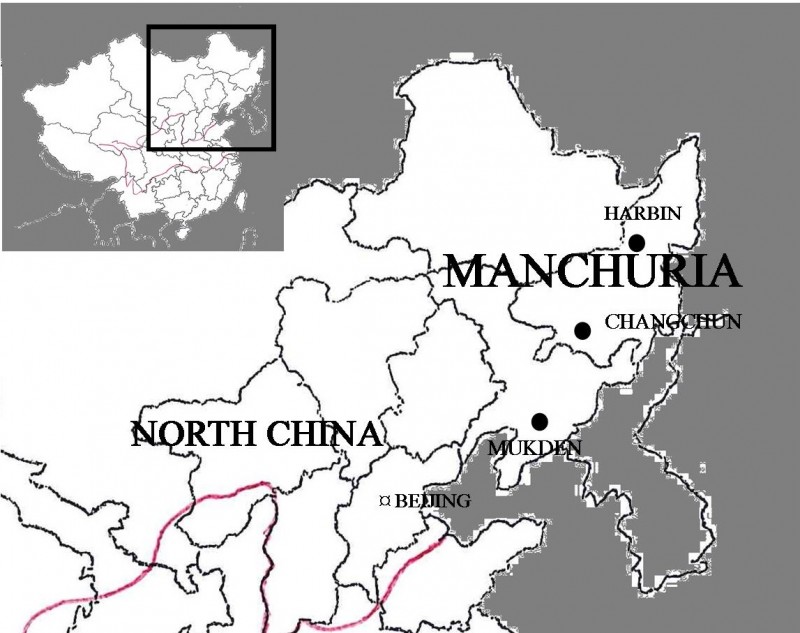 Due to the popularity of the relatively cheap, third-class tickets offered by the South Manchurian Railway most cases of plague infected cities along the rail line first, then spread further to small villages, with some being reported as far as Tientsin.[14] There were fears it would spread further, especially to Peking, as workers travelled home and shopped for Chinese New Year (30th Jan). The worst hit areas were the crowded provincial capitals Changchun, Harbin, and Mukden, with deaths of up to 150, 130, and 60 daily respectively.[15] The majority of infections fell on poor, middle-aged Chinese who lived in crowded conditions with poor sanitation; very few foreigners contracted the plague, if so, they were medical staff.[16],[17] Through carrying out recommended procedures (isolation) infection in most cities and villages died out within two weeks; by the middle of March, Manchuria had resumed normality with plague existing only in hospitals. Schools, factories, and businesses including the whole of the South Manchurian Railway were open, working harder to recover lost ground.[18]

As Russia and Japan were both influential railway powers in Manchuria, responding effectively to the plague dictated cooperation between their authorities and China.[19] In November, Chinese and Russian doctors visited the Chinese district of Harbin, or Fujiadian, to assess the situation.[20] With no cure available, preventing the spread of the plague required isolating ‘plague patients, suspected cases and persons who have been in contact with plague cases’ in train carriages – if no symptoms were noted for five days, those quarantined were released.[21] Indeed, Chinese magistrates had to request more Chinese Eastern Railway wagons from railway authorities in order to accommodate the growing number of infected persons.[22]

Moreover, Wu Lien-Teh (Wu Liande) – the Chinese doctor in charge of the response – received Qing imperial permission to burn the dead bodies of victims, thus thousands of bodies were safely disposed of.[23] Similarly, Russian C.E.R. authorities organised sanitary zones, monitored the population and burned lodgings that had been in contact with plague.[24] As a result of these preventative measures and the end of the cold winter, the epidemic was over by the end of April 1911.[25]

As a result of the plague in Manchuria, trade and commerce – especially the fur and food trades – were greatly affected.[26] One newspaper, commenting on the soybean trade, stated that ‘the plague caused a loss estimated at $7,000,000’ Chinese silver dollars.[27] Furthermore, the plague brought additional economic consequences. One financial newspaper documented the depressing influence of the plague on Chinese stock prices and government bond prices, demonstrating its impact on China’s economy.[28]

The plague, which struck in the last few years of the Qing Dynasty (1644-1912), also heralded a ‘sanitary awakening’ in China, as western methods of controlling diseases were adopted.[29] It prompted the 1911 Mukden Conference – an international plague conference in China dedicated to the study of plague throughout the world.[30] As the first international scientific conference held in China, the Mukden Conference firmly established Chinese scientists as members of the international scientific community.[31] The conference initiated the creation of the North Manchurian Plague Prevention Service (1912) in the first year of the Chinese Republic, which intended to promote public health by ‘means of illustrated letters, lantern demonstrations and popular pamphlets’. The plague also resulted in a Presidential mandate legalising human dissection, which exceeded the earlier Imperial mandate permitting cremation. Thus, by instigating changes that removed ‘a great deal of the superstition surrounding ancestor worship’, the plague facilitated the advancement of Chinese science and disease control.[32]