The cholera epidemic of 1919 in China was a hugely destructive and deadly disaster that caused an estimated 300,000 deaths, mainly on the east coast. The first reported cases of the cholera outbreak were among Filipino migrants labourers in July 1919 and soon multiple cities and ports across China’s northeast and coastline were severly affected.[1] By its peak, the epidemic reached from Vladivostok and communities on the Sungari and Amur rivers in Russia’s far east down along major cities on the Chinese coast to Fuzhou, reportedly making its way as far as the Pescadores in the Taiwan Strait, parts of Korea and Japan, and Thailand.[2]

Dating the initial outbreak of the bacterial disease is difficult. An American international health report traces the first outbreak in China to be the 3rd of July 1919.[3] The following month, Japanese officials determined that the outbreak of cholera had started in Manila in the Philippines and then spread to Shanghai at the start of July, with over 400 cases daily.[4] The spread of the disease was likely among Filipinos passing through Chinese ports on their way to work as labourers for the Hawaiian Planters Association. These workers often stayed for months at a time waiting to set sail in cramped boarding houses where the likelihood of the spread of disease was high.[5] The epidemic then swept over East Asia until October 1919. 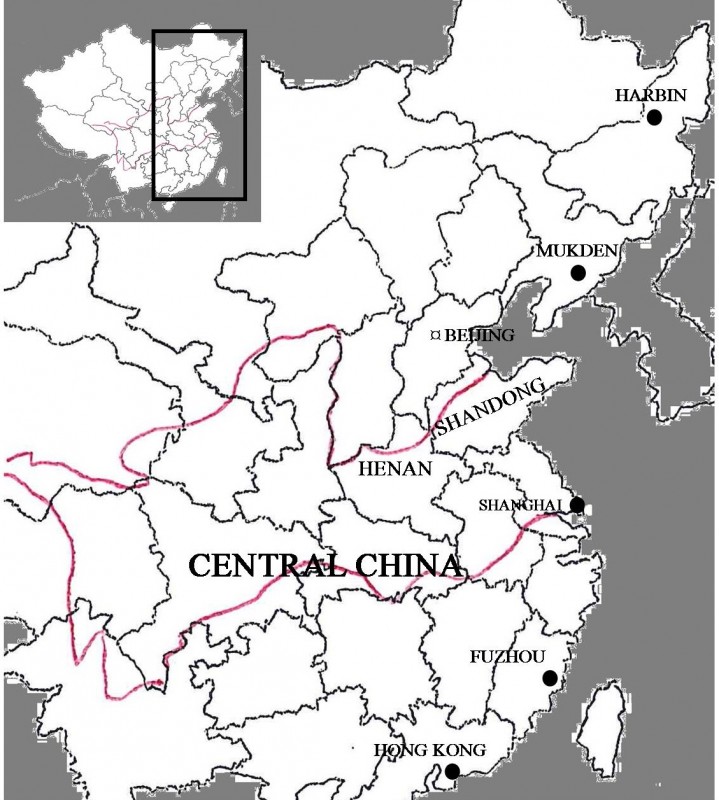 Mortality peaked in August, and the rapid pace of infection was credited to water contamination and infected flies,[6] as well as to undercooked food becoming contaminated and the contamination of raw fruit, especially melons, which were widely eaten throughout the hot summer.[7] Flies and contaminated water which carried the disease were more common in the summer; their rapid spread of the disease during this hotter period was a trend in East-Asian epidemics of the 20th century.[8] Throughout 1919, the mortality rate for every 10,000 infected by cholera in China was 9.78 percent.[9] In Shanghai and Fuzhou, the cholera epidemic was exasperated by drought: citizens turned to consuming dirty and infected water while Chinese temples prayed for rain.[10] There were mixed understandings among the general population of the epidemic’s spread, which reached Kaifeng in the inland province of Henan where both the ‘ignorant class’ and fairly educated entertained rumours about the disease coming from poisoned wells.[11]

Harbin, in China’s Northeast, was one of the worst struck cities: through the first ten days of September there was an estimated 3,736 Chinese deaths there on top of approximately 370 Russian and 60 Japanese.[12] Despite initial delays due to the 1911 Revolution and funding from the general customs duty being devoted to pay loans and Boxer indemnities, the North Manchurian Plague Prevention Service had been officially founded by the Chinese government on the first of October 1912.[13] Later, this state-funded service worked diligently throughout the 1919 epidemic from when the first case of cholera was reported in Harbin in early August[14] until it subsided in mid-September.[15] In total, estimates confirmed around 4,200 lost through the epidemic in Harbin.[16]

Reports from the Northeast went to pains to try and separate the cholera epidemic of 1919 from the influenza epidemic, which had appeared in Harbin in March 1918.[17] A paper in 1920 claimed that both the influenza and cholera outbreaks had claimed approximately 300,000 lives each in China, with Harbin one of the worst struck areas.[18] Foreign doctors succeeded in averting any foreign deaths in the region beyond the losses to the Japanese and Russian communities.[19] Japanese authorities of the South Manchuria railway prohibited the entry or employment of Chinese labourers by foreign and native firms within demarcated zones along the rail lines.[20] In addition, Japan invested in treatment facilities, especially in Mukden (Shenyang), the capital of Manchuria, where they built segregation buildings capable of holding 1,500 patients as well as a 400,000 yen hospital with 40 doctors dispatched from Japan.[21] By the start of September, Russian railway hospitals ahd begun relieving victims in sections of China’s Northeast.[22] Officials in Korea also took precautions, examining all railway passengers at Mukden in Manchuria to avoid the transmission of cholera into Korea.[23]

In Shanghai, cholera cases were met with fierce measures by the Japanese to stop its spreading there and on the steamship routes to Japan’s possessions elsewhere on the Pacific Rim. Japan wanted to prevent spread of disease to Japan in light of the 20,000 who died from a cholera epidemic that had started in Tokyo in 1916.[24]Quarantine measures in Japanese ports followed, after two cases of cholera victims from Shanghai were reported in Japan, in mid-July. Prohibitions were temporarily placed on all ships entering Japan from China.[25] One complicating factor in early stages of the crisis in Shanghai was the belief by some that the illness was ‘cholerine,’ a milder form of diarrhea, and not in fact ‘Asiatic cholera’; for approximately three weeks the outbreak was thus not treated as seriously until it was confirmed to be full-blown cholera in late July.[26]

Preventative measures and treatments both varied by place and developed over the course of the crisis. By mid-August, hygiene campaigns were introduced in Shanghai; 250 youths from a YMCA school were dispatched to inform the general population to clean their drains and inform them about the dangers of consuming dirty water.[27] Further inland, Chinese government measures were also put in place in early September in the infected regions of Henan such as Zhengzhou, Anyang and Kaifeng, which involved regular inspections by the police for cleanliness on the streets, as well as prohibiting the sale of fresh fruit in the streets.[28] The mortality rate of cholera fell further when kaolin transfusions proved to be more effective than salt solutions in treating cholera in Jinan, the capital of Shandong, in mid-September.[29]

Camilla Hampson contributed research to this article. William Muir (History) and Camilla Hampson (American Studies) are undergraduates in the class of 2017 at the University of Manchester.