DisasterHistory.org was formally launched at the International Anthropology Workshop “Comparative Study of Disasters and Upheavals” hosted at the Southwest University of Nationalities in Chengdu, Sichuan, China, 16-18 October 2015. 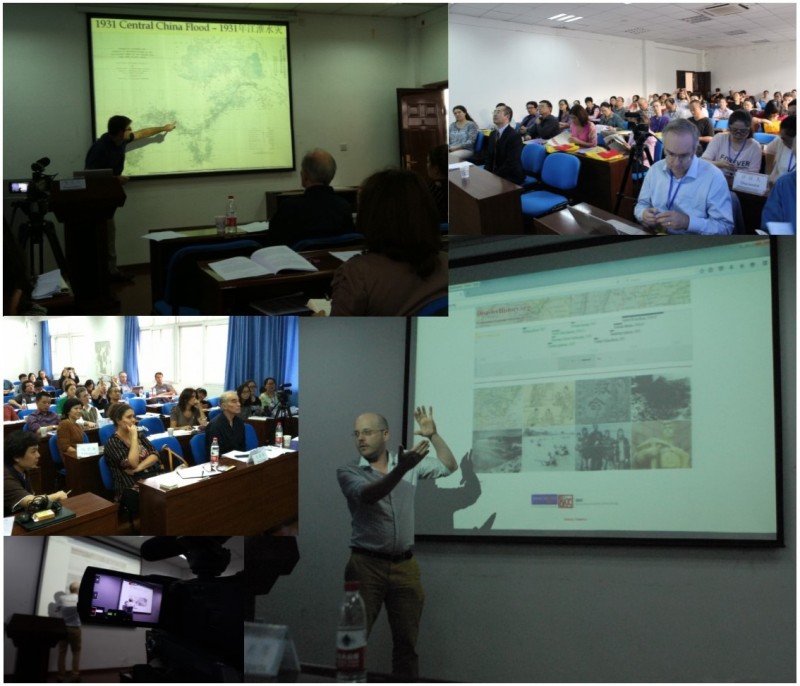 Chris Courtney and Pierre Fuller present in Chengdu on October 16 and 17, 2015.

Pierre Fuller, of the University of Manchester, introduced DisasterHistory.org and fielded questions and suggestions for the website’s growth at the international workshop, which was attended by anthropologists, historians and other researchers from several continents. Chris Courtney, of Cambridge University, presented on the experience of the great Central China flood of 1931, on which he has a related article on the website. The three-day gathering was organized by researchers at Chengdu’s Qiang Research Center & Center for Minorities in Southwest China, the National Center for Scientific Research in Paris, and the Department of Anthropology at Tulane University in New Orleans, and included a field trip to the site of the Wenchuan earthquake of 2008, which occurred nearby.