The Guangdong plague of 1894 was a major outbreak of bubonic plague in south China toward the end of the Qing dynasty. The pestilence reportedly emerged in Guangdong Province (Canton) in February of 1894, but was not reported by members of the foreign community until it reached the nearby British colony of Hong Kong in May.[1]As Hong Kong was a major international port, by the turn of the century the plague became a pandemic, spreading as far as Japan, Bombay and Hawaii.[2]Contraction of the disease was especially deadly in the pre-antibiotic era: early reports indicate that 90 per cent of cases were fatal.[3]In the early stages of the plague, reported deaths in Guangdong ranged from 20,000 to 120,000 people. [4]

The outbreak had its origins in the interior sections of Yunnan Province where it had been spreading for some time, possibly even before the nineteenth-century.[5]Reports of the plague reaching Guangdong had appeared as early as February 1894, and for the next 3 months the victims had risen from 200 to 500 per day.[6]Foreign, specifically American, sources, were the first to bring attention to the main causes of the bubonic plague in Guangdong, primarily the supposed unsanitary tendencies of the locals which created an environment for it to flourish. One American nurse noticed that houses of infected victims were often infested with rats.[7]Foreign newspapers however often omit that the economic development of the Guangdong region had also played a large role in the spread of the disease.[8]The development of cities had provided shelter for rats and the development of trade routes, especially for opium, had connected commercial hubs in the region.[9]This was further exacerbated by the Muslim Rebellion that broke out against the Qing Empire in 1855 and lasted 17 years, which led to mass emigration from Yunnan to Guangdong.[10]These factors created the optimal conditions in which the plague would emerge and spread. The spread of the plague to Hong Kong in May 1894 lead to a global pandemic due to its various trade routes as it first spreads to Bombay in 1898, Japan, Philippines and Hawaii in 1899 and finally Australia in 1900.[11]

The initial official response from the Qing government was quick in handling the plague. As the link between rats and the spread of the disease became obvious, officials began offering monetary compensation for the collection of dead rats. As early as April, 1894, the Qing government had proclaimed that the streets of Canton be kept clean and the rubbish thrown in the rivers. As many as 20 coolies were employed to assist in keeping the city clean.[12]Restrictions were placed in the slaughter of hogs and the capture of fish in order to assess the spread of the disease.[13]Officials had also taken part in local religious processions in order to ease tensions. 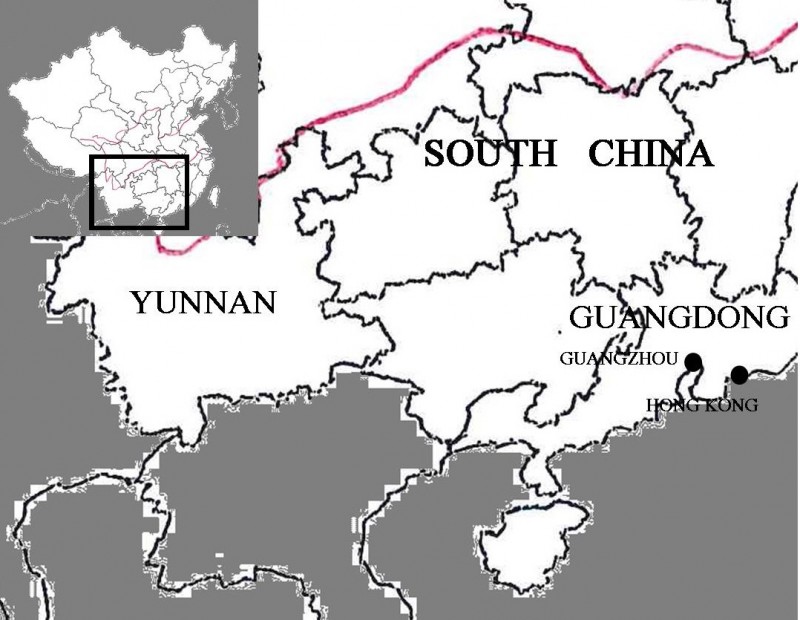 Responses from local private institutions were also remarkably helpful. Contributions from temple institutions such as the Jentsi, Kuangtsi and Szemiao were vital in dealing with the crisis, some hiring doctors to reach isolated areas far from the city. Jentsi had obtained a large boat that serves as a floating hospital amidst the rapidly decreasing space for patients. Various institutions also posted placards encouraging doctors to make regular engagements with patients to minimise the human loss to the plague.[14]

The efforts of foreign authorities had been mostly concentrated on Hong Kong due to its status as a British port and because it was connected to many ports worldwide. Under the advice of physicians, infected people were isolated and conditions were kept sanitary. Foreign authorities were less than impressed with official Qing efforts in containing the plague, accusing them of doing ‘nothing’ to isolate infected people and joining in on local ‘superstition’.[15]

The plague increased hostilities towards foreigners, fueled in part by the strict regulations enacted by foreign authorities in Hong Kong, and also local newspaper reports of ineffective medical practices of Westerners, which included drinking 12 ounces of Burgundy and placing ice packs all over the body. Rumours had also spread that doctors had intentionally sexually abused sheltered women in their homes while conducting sanitary inspections. The immediate effects of this was violence against foreigners, whether it was threats to burn down the foreign quarters or stones thrown towards inspection teams.[16] In spite of local and foreign efforts, the bubonic plague had become a pandemic by 1900 spreading throughout the world including Japan, Philippines and Hawaii.[17]

Armand Azra (History with Economics) is an undergraduate in the class of 2019 at the University of Manchester.